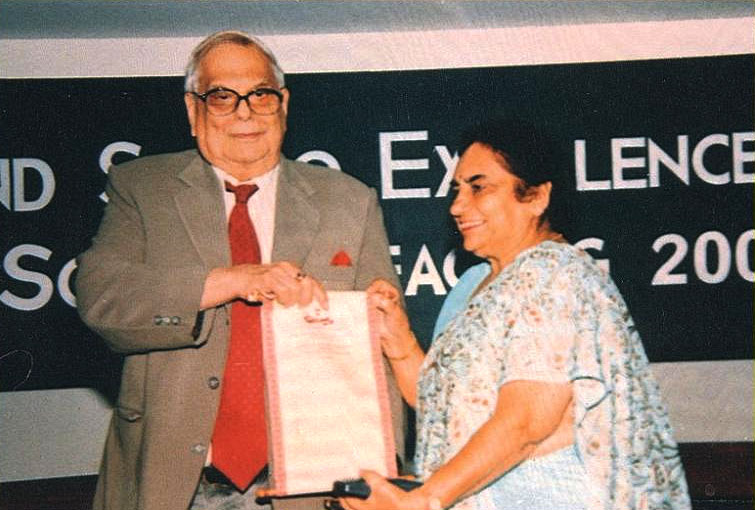 The Staff and the students take pride in their woman of substance, 'Mrs. Suchinta Khorana', the Founder Director of the school, for being the sole motivating force behind the successful running of Shishu Niketan Schools in and around the 'City Beautiful.'

Her qualities of interactive bond and accessibility to both, her students & staff as well as her colleagues fraternity have endeared her to one and all. It is under her able guidance that her staff & students have been covering milestones of 'Excellence in Education' one after the other.

That she is committed sincerely to the cause of education and society has been proved with her association to many noble causes. She is a permanent member of the Indian Red Cross in Punjab, member of Indian Council for women entrepreneurs of Punjab and Life time member of the Society for the Care of the Blind, Chandigarh.

Her invaluable contribution of 58 years to the field of education has been recognised (with her winning).

A wonderful human being, an earnestly committed educationist and a crusader of the rights of the student community, is the rare example of a woman par excellence.

Today, the name Shishu Niketan is a force to reckon with not only in academics, but in sports, cultural and social activities also.Joining hands in congratulating her on her distinguished career and wishing her success in her future ventures.